When you are in LA, you have to eat something there. You just have to! When I was there, I initially wanted to try EGGSLUT but the line was long and I was hungry! I was not so willing to eat there because of the wait. According to some friends who have been there before, they said that the line may look horrendous but apparently it goes by pretty quickly. Eggslut is located in Grand Central Market – Downtown LA. 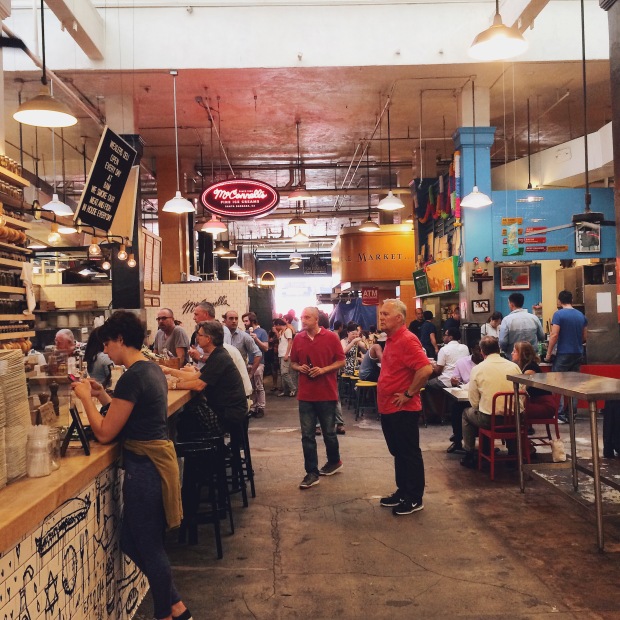 Grand Central Market is in a huge warehouse kind of building with countless food vendors covering every corner imaginable. Another way to describe this place is that it’s like an indoors swap meet but for all sorts of cuisines ranging from Mexican to American to Asian food. They also have a juice stand, a fruit stand, and a little bakery. Anything you are craving for, it is certainly there!

Since Eggslut was out of the picture, I was left to pick only one amongst numerous food stands. I was pretty indecisive about where to eat so I circled around the market quite a few times. Two or three too many times. I knew I wanted Mexican food after seeing so much meat piled up but mind you that there were multiple taco stands here with the same price. I just didn’t know which one to pick specifically. 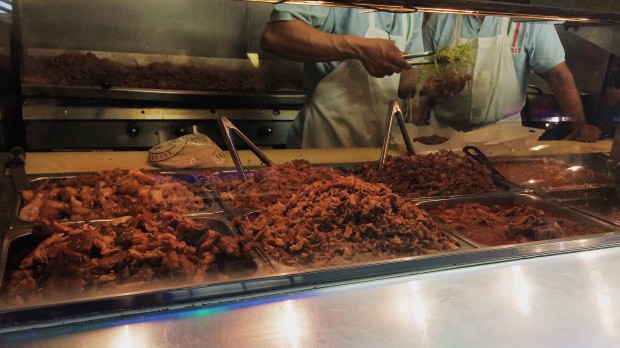 I ended up just going to the one with a decent amount of people standing in line. I went to Ana Maria’s and ordered a tostada and treated myself to a glass bottle of Mexican Coca-Cola. I rarely drink soda but I thought it would go well with my tostada and it sure did. The tostada and the drink together totaled up to $7.50. The drink was a little more expensive than expected. 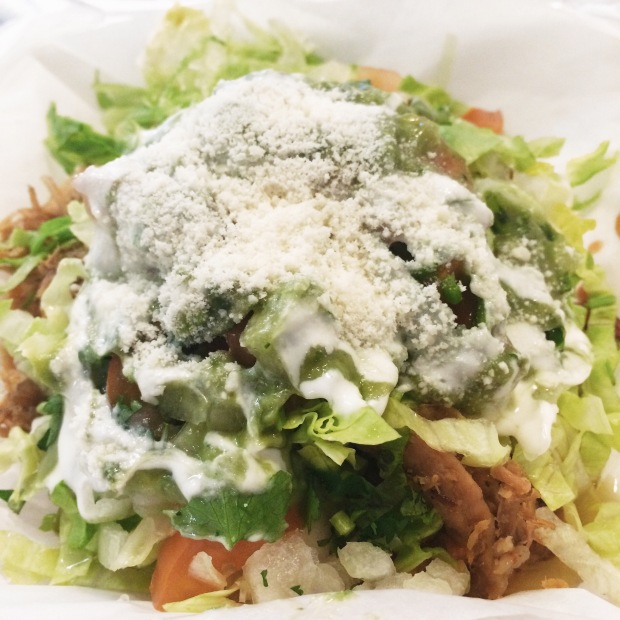 I love tostadas. I remember the first time I tried one was at my friend Jessica’s house back in high school of our sophomore year. It was either a late night snack or an early breakfast where we just put beans over the tostada and sprinkled some cheese over it. It was so simple yet so perfect to munch on!

After that day, I begged my mom to get some beans, cheese, and tostadas. I tried to make it at home but it wasn’t the same for whatever reason and I had not tried one since then probably. The tostada from Ana Maria’s at Grand Central Market was a tad bit fancier compared to Jessica’s only because it had meat and some vegetables. It was basically like a burrito but on a flat taco shell. It was just the right amount to fill me up with my soda on the side.

If you’re curious about Ana Maria’s, check out their Yelp as they have plenty of positive reviews about the food and the quick quality service.Next time, I’m definitely getting Eggslut!