Everyone in SoCal has been going a little too cray, cray about Dunkin’ Donuts now that it’s finally here! My friends and I went to Whittier to check out what Dunkin’ Donuts is all about since it’s so popular in the east coast. 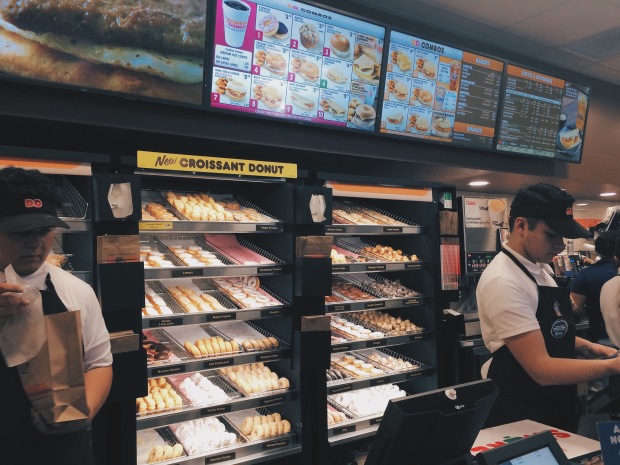 Not only do they sell donuts and coffee, but they also have breakfast sandwiches! Since it was a little after lunch, I just got myself an iced vanilla coffee and a blueberry donut. I had to get the blueberry donut so I could compare it to other blueberry donuts I’ve tried before.

The iced vanilla coffee was made exactly the way I like it! There was no addition of sugar or cream. It was just the coffee and the vanilla sweetener for a little less than $2. It’s more on the sweeter end for a vanilla coffee compared to Starbucks or Coffee Bean & Tea Leaf. 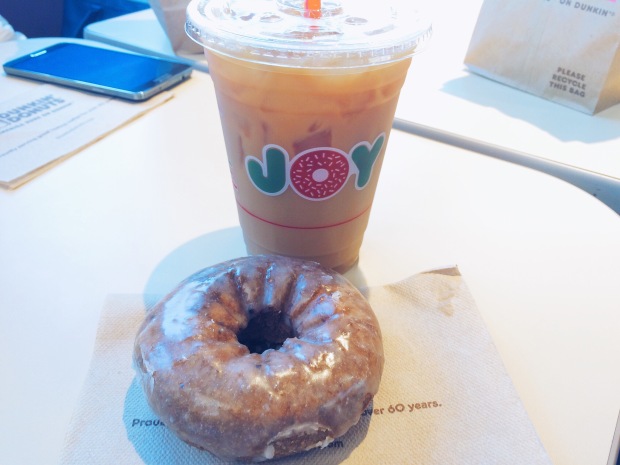 The donut wasn’t too exciting, unfortunately. The blueberry flavor was light that you could barely taste it. The donut was like any other typical blueberry donut. They were nothing like the duffins aka blueberry donuts that are like muffins from M & M Donuts. Apparently, the donuts from Dunkin’ Donuts are not anything too special.

I guess I’m not too surprised that it’s a-ok here because Yelp gives them 3 stars with only 60 reviews.

Aside from the coffee and donut, the interior layout had a modern taste to it. They made it comfortable enough for customers to hang out in the area. So comfortable that I made a new friend! This little girl kept looking at me whenever I turned around. She was quite an entertainment as my friends and I were hanging out!

Thanks Stanley for treating us all out! It was good seeing the Lee Family out with us spontaneously!