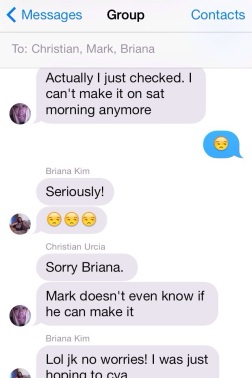 Christian and I trolling Briana.

Planning this mini surprise gathering was challenging but exciting. I like to say it was pretty successful though since Briana was a little upset that Mark didn’t respond at all and that Christian bailed. So it worked out that she was expecting to not see them!

We surprised her in downtown Fullerton where we grabbed brunch at Rialto Cafe. The wait was about 30-40 minutes long. We decided to take some hipster pictures while we were waiting since Briana was dressed up all cute and there were a lot of good spots to take pictures. Here are some pictures from our quick photo shoot by the restaurant: 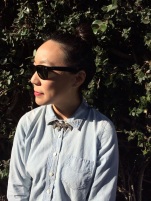 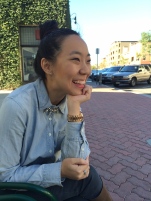 Briana was a natural! I didn’t have to direct her that much!

Once we got seated, Briana suggested what was popular at Rialto Cafe according to Yelp-Rialto Cafe. As she was doing her research on Yelp, I remembered that whenever the four of us came together to hang out, we usually had a set role. Back in the day, Mark was always the driver, Christian was the DJ playing music in the car, Briana would be the one to look through Yelp to find out what to eat at the restaurant, and I would be the one to plan where to meet. It was funny how Briana was on top of her duty of Yelping even though it’s been awhile since the last time the four of us hung out.

For brunch I got one of the popular items which was the smoke salmon with scramble, hash brown, and wheat toast on the side.  I’m not sure why people like this a lot but maybe it’s because of the salmon. It was a little too simple for me but maybe that’s another reason why it was a popular item.

Another popular item on the menu was the stuffed French toast which Briana got. I would’ve picked this over the smoke salmon because it was sweet! Downside was that there was no meat. I kind of need my meat for my meals.

It was so nice to catch up with Mark, Christian, and Briana. Our group dynamic hasn’t changed since we’ve all been separated. Hanging out with them brought a lot of memories back. As we were eating, we were talking about cool apps for our iPhones.

By the way, we are kind of a tech savvy group of friends. More so with Christian and Mark. They’re always on top of that and so Briana and I are always in the know thanks to them. Some things we learned from them at brunch was about the Cart Wheel app from Target. It helps you save money for various products at Target by using the app. 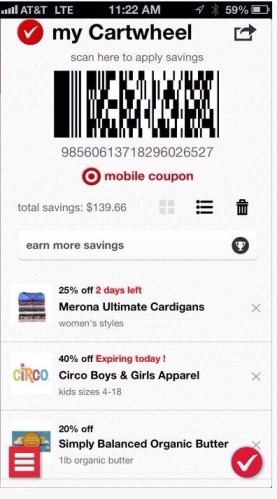 Another handy dandy app is Tab where it helps you split the bill from the restaurant if you’re with multiple people. You basically take a picture of the bill and the app will then divi it up. You can even add names to each item on the bill! 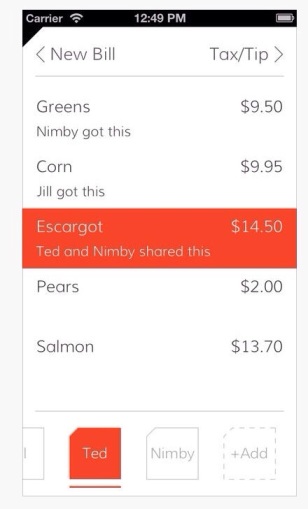 Thanks to Christian for introducing Tab to us, we were able to easily split up the bill! After Rialto Cafe, Mark had to head out. 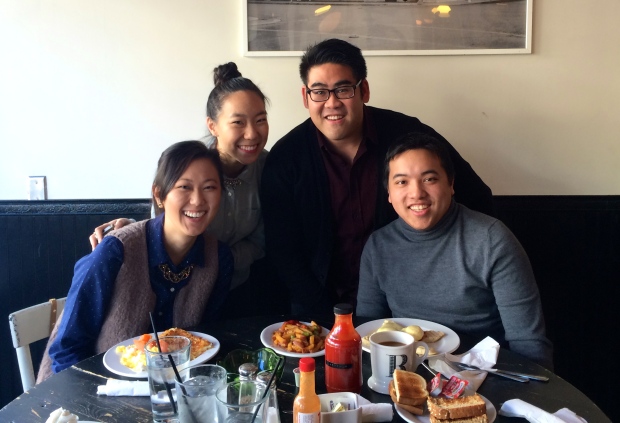 Briana, Christian, and I went over to Green Bliss literally across the street. It’s a hip vegetarian cafe that serves sandwiches, coffee, and tea. Because it was a warm day, Briana and I both got an iced vanilla latte. The expresso was so strong that we wanted a refund. You could barely taste the sweetness of it. Luckily, the customer service was above and beyond that they were willing to give us a refund. They were willing to make adjustments for us, but we just wanted our money back and get Milk and Honey instead.

I want to give Green Bliss a second chance next time since the customer service was superb, the ambiance and decor there was quite eccentric in a good way, and it had good reviews on Yelp-Green Bliss! I’ll come back for you Green Bliss! Don’t worry!

After Green Bliss, we headed over to Costa Mesa. We shopped a little at South Coast Plaza and then grabbed a drink at Milk and Honey where we felt at home! Briana and I got our usual Peach Aloe Tea which you can’t go wrong with at all and Christian got shaved ice.

We talked and laughed a lot that day. Oh man, it was honestly a fun day hanging out with them. It made me miss our college days when we were young and had so much freedom to play and go on so many adventures! It was nice to know that we were able to just pick up where we left off. 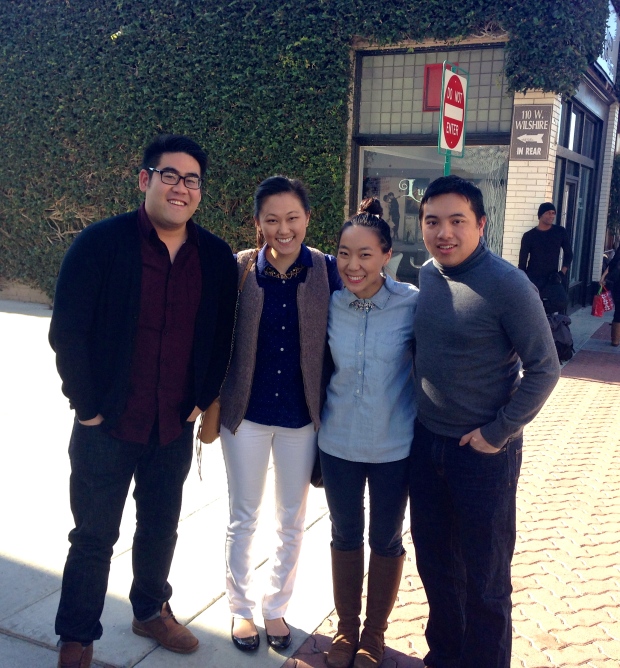 Thanks Christian and Mark for being good actors to surprise Briana! Briana, hope you had as much fun as I did hanging out with them! Happy belated 25th birthday!