There’s quite some history behind City and Colour that you should know. One is that Dallas Green is the main singer of City and Colour. I guess he didn’t want his full name out there so he turned his name (Dallas) into City and his last name (Green) turned to Colour. Pretty clever, huh?

Before City and Colour, he was part of Alexisonfire which was a post-hardcore Canadian band. Alexisonfire didn’t really work out, so Dallas Green started doing his own thing. As a solo artist, he started out with just his voice and guitar. He turned acoustic and folkie with his music. At first he released a few songs on the internet, then next thing you know he’s had 3 albums out since 2007. Now, he has his 4th album out called “The Hurry and the Harm” which was released earlier this year.

I got the lucky opportunity to see him perform live at Club Nokia in LA, thanks to Calvin! When you listen to him at home, his voice is quite clear and soothing. But when you hear him live, the clarity of his voice is so ridiculous. It’s almost unbelievable to hear him sing like that live! 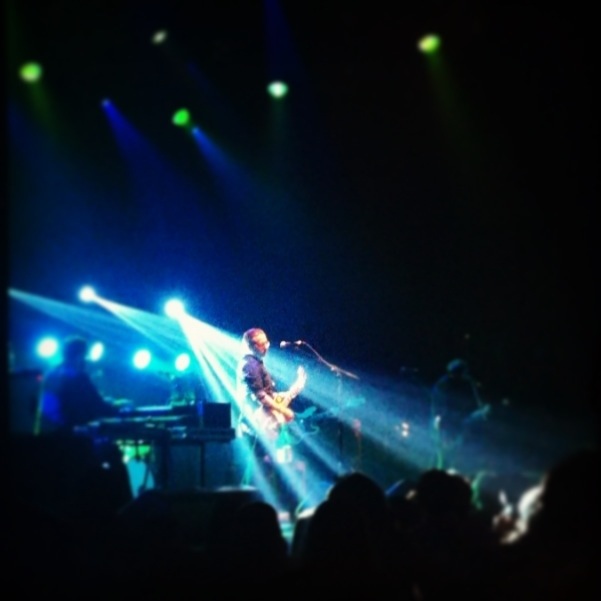 I have to say that my favorite part of his 2 hour show was him singing my favorite song “The Girl”. I felt like he was singing to me as he stood on stage by himself with his guitar. I think he loves me…

If you want to hear his latest album, check it out here:

Thanks Calvin for introducing me to City and Colour!