I got the opportunity to try out Burrisimo with a few Orange County food bloggers. Burrisimo is located in Costa Mesa, a street down from OCC. It’s relatively a new fast food restaurant that mixes the concept of Mexican and Italian food together. Say what? I know, it’s definitely something new. Imagine Italian food in the form a burrito.

I decided to try out what they’re known for which is their Italian Burrisimo Burrito. I actually had a hard time figuring out what I wanted in my Burrisimo Burrito only because the concept threw me off. So instead of getting rice in a Mexican burrito, at Burrisimo you had the option of putting spaghetti noodles in your burrito. So I got some noodles, meatballs, spaghetti sauce, and really fresh vegetables. I say really fresh because the vegetables looked freshly cut and were refreshing. 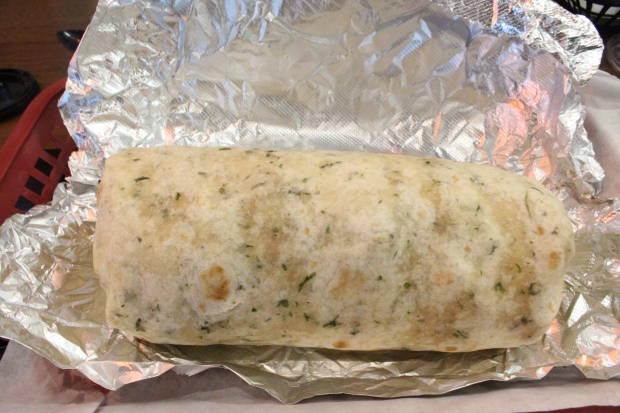 Trying the Burrisimo Burrito was different from any other burritos I’ve had before. But this burrito with an Italian twist actually worked out pretty well. Ingredients were fresh and the portion size was more than enough for me to take in.

If you get the chance to check out Burrisimo but you’re not feeling a burrito, you can get a pasta or salad bowl. They’re both filling and probably can be shared with two people. 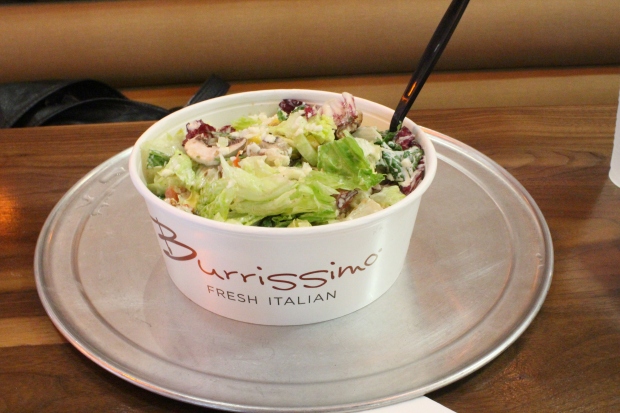 We had Zeppoles for dessert which are cinnamon donut holes with a side vanilla dipping sauce. The Zeppoles were exactly I imagined them to be. Sweet and delicious.

Aside from the fusion aspect of this restaurant, one thing thing that might set this restaurant apart from others is their drinks. They have Italian soda and wine! You can take a glass of Chardonnay to-go!

If you’re not in the Costa Mesa area, don’t worry. There’s going to be another Burrissimo in Brea! Check out Burrissimo if you want a fusion of Mexican and Italian food.