The last time I went to OC Music Awards was probably a few years back when I was in college. Bands were performing at The Camp or The Lab. One of the two hipster places. It was crowded with a bunch of well dressed hipsters there. It was fun hanging out with some friends while listening to some good indie music for free!

OCMA (Orange County Music Awards) is basically an organization that holds a competition to find the best indie band in Orange County. The winner gets to perform at People’s Choice Awards and get a lot of promotion for their band. Anyone can vote online for which ever band they would like to win. To find out which and where the bands perform, you just need to go to OCMusicAwards.com. Every Tuesday night, the location changes where the bands are performing.

So on Tuesday night, OCMA was at The District in Tustin. My friend, Esther, and I saw about 3 or 4 bands perform several songs. Even though I didn’t know any of the bands, they were all talented and entertaining to watch. The first singer to perform was Annie McQueen who had a quite interesting headband/hat/head top thing on.

My favorite singer of that night was probably Becky Holt who looked like Ren Steven from Even Steven but almost looked like Zooey Deschanel because of the way she dressed and her bangs. Her style is a mixture of Ingrid Michaelson and Feist. Here’s a cute song of hers: 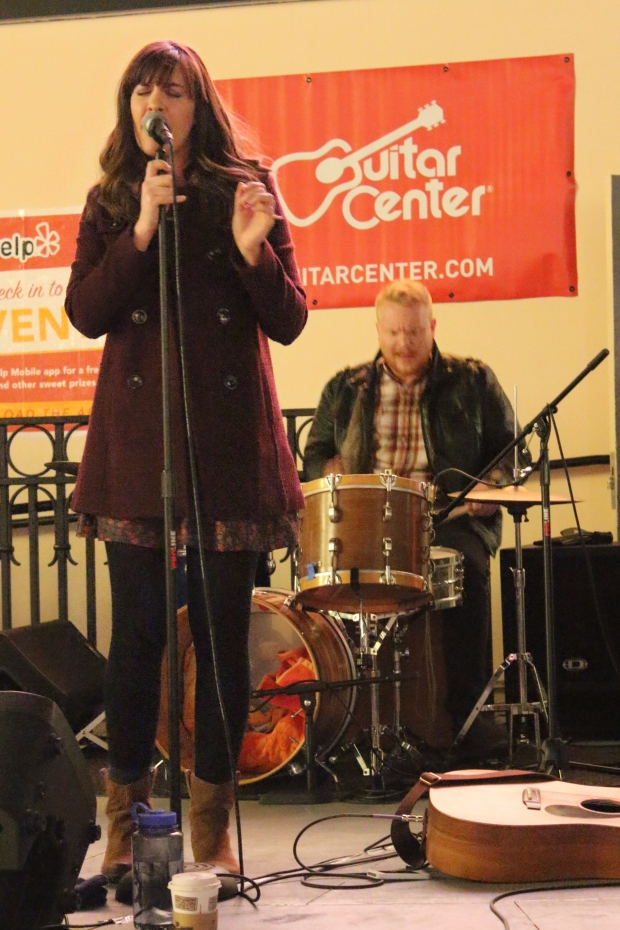 Towards the end of the night, the crowd grew as Alice Wallace performed with her band.

If you’re interested in watching some indie bands perform, check out OCMusicAwards.com. The next show is in Fullerton at the Slidebar. It’ll be outside of course, so dress warm. Beware, it may be crowded there!