After some hard core Yelping, I found a place to eat for a Girl’s Night Out hang out session thing. According to Yelp, Cucina Alessa in Huntington Beach got 4.5 stars out of 5 with 300 reviews. I was pretty impressed with the 4.5 stars so I had to check it out. 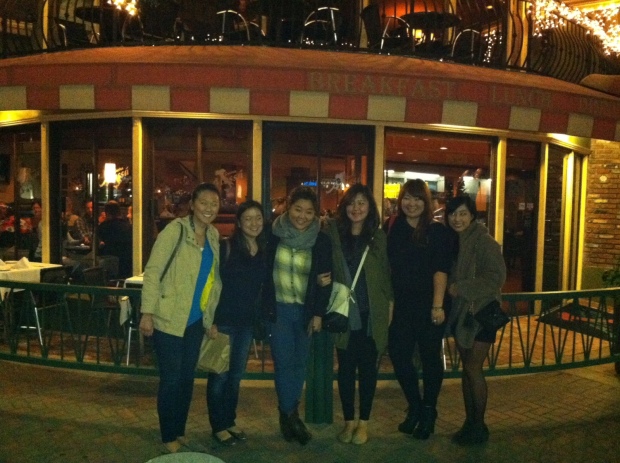 I wanted some ravioli but I was a little hesitant about getting it. The last time I went to a semi fancy restaurant and ordered ravioli, I only got 3 or 4 pieces of ravioli on a 4 inch square plate. It was quite upsetting. Since I really wanted some ravioli, I decided to order it. Surprisingly, they gave me a lot more than expected! The ravioli was a-ok. There wasn’t anything to special about it other than the green color of the ravioli on the outside.

For dessert my friends and I shared a tiramisu that we got for free from unlocking the free deal on our Yelp app. 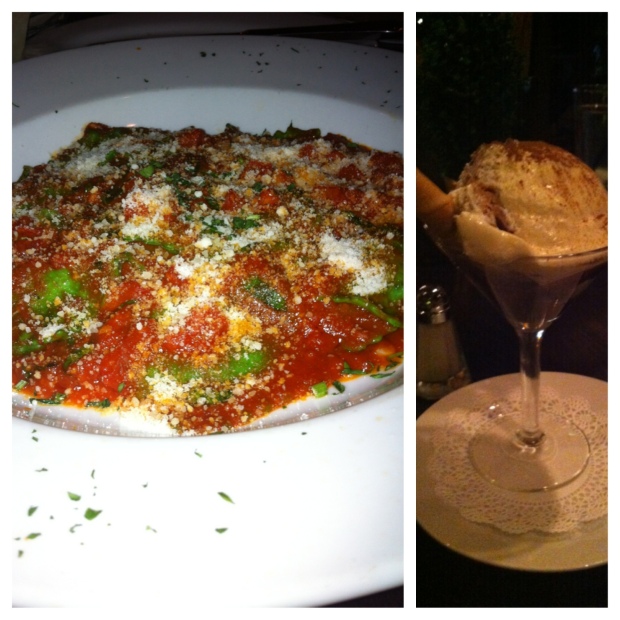 It was getting super cold as we were walking around so the six of us got into a car and started driving around downtown. We were looking for some Christmas lights but weren’t really successful, but it was ok because we were listening to Michael Buble’s holiday CD. He made the night magical with the little Christmas lights we saw.